Look Who Made a Story on CNN! Thanks for the mention Jeff!

Parents, why are you pushing your kids? 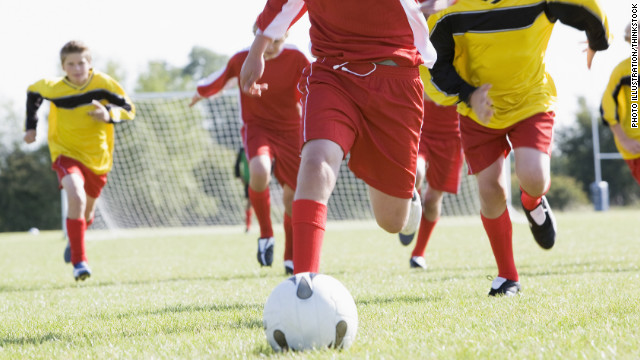 Editor’s note: Jeff Pearlman is the author of “Sweetness: The Enigmatic Life of Walter Payton,” out in paperback in August. He blogs at jeffpearlman.com.

Because I am a coward, I refuse to stop other parents and ask the question aloud. But it burns inside of me. I’d like to know.

Or, put differently: What the heck are you trying to accomplish here?

Back when I was a kid, growing up on the mean streets of Mahopac, New York, we returned home from a day at school and did (always in this order) three things: First, we had a snack (long story, but my mother hid the treats in the trunk of our ’80 Datsun 510, leaving my brother and me a choice of plain graham crackers, carrots or — dear God — homemade yogurt). Then, we did our homework. Then, we played our asses off.

Really, we did. We’d meet up with Gary Miller and Dennis Gargano and Matt Walker and John Ballerini and David Clingerman and Jonathan Powell and a dozen other neighborhood kids and run. And bike. And tackle. There were games of kill the carrier and tag and H-O-R-S-E and kick the can; gleeful mile-long walks into town for bubble gum and soda. Inevitably, as darkness fell, Matt’s dad, Bob Walker, would let loose a two-fingered whistle that shot up Emerald Lane’s steep hill like a flamethrower. “Time to go in,” Matt would say, and we’d all leave for dinner.

Remarkably (and against all modern parental logic), we’ve all wound up doing just fine. Married, kids, homes, careers, contentment. Matt is a designer for ESPN. Dennis is an attorney. Powell graduated from the Naval Academy. On and on and on.

It came, to a large degree, naturally. Just letting children be children.

Nowadays, however, I live in a community relatively similar to the place where I grew up, and nothing for kids is allowed to come naturally. Pressure reigns, the air poisoned by a looming need to make certain—cost and logic and inanity be damned—that your child has been placed on the 100-percent-guaranteed-or-your-money-back path toward success.

It’s no longer enough to have Junior learning at his grade level. He has to be, testing-wise, one or two notches ahead (Unintentional end result: A classroom of bored, poorly behaved tykes). It’s no longer OK for Junior to have little to do after school, free time to use as he sees fit. No, now you’re either signing your child up for myriad organized activities, or you’ve somehow allowed him to fall behind. Everything revolves around success, success, success, success.

But here’s the thing: What in the world is success?

Please, I would love someone to tell me. Is it being a class valedictorian? Is it getting into Harvard? Is it earning an MBA or a Ph.D.? Is it skating for the Tampa Bay Lightning? Going to law school? Joining an exclusive country club? Working for NASA? Dating Justin Bieber? Having your own reality TV show?

Everyone is in such a rush to guarantee a child’s future, yet nobody has been able to rightly (and righteously) explain the ultimate reward. I’ve heard people say, “I just want to give my child the best opportunity to succeed” at least 100 times, but always without elaboration. Hell, many of the parents I see gunning hardest for said success are, quite frankly, unhappy. They either work 70 hours per week at a job they loathe or count the hours until the kids go to sleep, or they just generally long to be somewhere — anywhere — but here.

It’s as if we’re all lined up on a racetrack, and we know we need to sprint as fast as possible — only there’s no discernable finish line. Just run hard, expend all your energy, and maybe you’ll find it.

Fortunately, I have the solution. Actually, it came from my wife. We were discussing which so-and-so teacher would best suit my son’s so-and-so needs.

Kids are gifted with 18 years of childhood. That’s it — less than two decades before the cruel, dark, real word overtakes their bliss. Yes, I want mine to do well in school, and learn the virtues of compassion and empathy and hard work. But I also aspire for them to jump on our trampoline until their legs sag from exhaustion, and ride their bikes up and down the street until someone lets loose a loud whistle, and play tag next door in Ashley and Emily’s yard and chase down the ice cream man and watch in amazement as the pink petals fall from our cherry blossom tree.

The opinions expressed in this commentary are solely those of Jeff Pearlman.